« It May Not Always Be Possible to Age in Place | Main | There are Some Challenges to Social Security, Working »

Can You Really Steal a House? Apparently Yes! 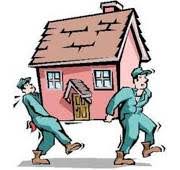 If you know the regulations, it is sometimes possible to take advantage of the loopholes.

If a person carefully learns the rules and regulations concerning the records on deaths and property in the community, it may well be possible to steal a whole house, according to Philly.com. in “How to steal a house: Take advantage of holes in the city’s and state’s security on property and death records.”

The article explains that a few years after Brewrytown resident Gail Harrison died in 2011, her home became the object of a scam in Philadelphia, while another man allegedly forged the deed to her house and sold it for a huge profit.

Prosecutors report that in 2016, William Johnson allegedly forged Harrison’s signature and that of a notary on the deed to Harrison’s home. He sold it to a developer for $89,000, who flipped it for $250,000. Johnson was arrested in February 2019, on charges of stealing Harrison’s home and six others.

In 2017, the Register of Wills accepted Donnie McLaurin as Harrison’s rightful heir, even though both her signature and that of a notary appeared to be fake. Johnson beat him to the house, so he didn’t get it.

These and other scammers have learned to work a system that depends on people being honest. However, when determining the disposition of the property of someone who has died, that’s not enough to go by. Not only was Harrison’s signature on the deed and the will forged, but so are the notaries’ signatures.

The notary is the one person who is believed by any government agency to be authenticating a document’s legal validity. However, the people who work in various government agencies don’t authenticate the notaries. They should do so, as this example demonstrates.

City officials in Philadelphia say they check to see if documents are properly notarized and require a photo ID from anyone filing them. They also say they don’t have enough staff to check a notary’s status.

The Pennsylvania Department of State, like most states, does have an online search page to verify the status of a notary. The state also has records showing notaries’ signatures, which should be digitized so that workers can immediately see, if they match the ones on the documents.

Another reason this scam is easy: death certificates are not that difficult to come by in Pennsylvania. In the case of the forged will, the person presented a genuine death certificate to the Register of Wills. The state has admitted that it mails death certificates to people who say they are relatives of the deceased. That’s a hole that needs to be plugged.

Any of our estate planning attorneys would be happy to advise you on creating an estate plan that fits your unique circumstances and can help protect your assets for your loved ones, rather than be vulnerable to scammers.